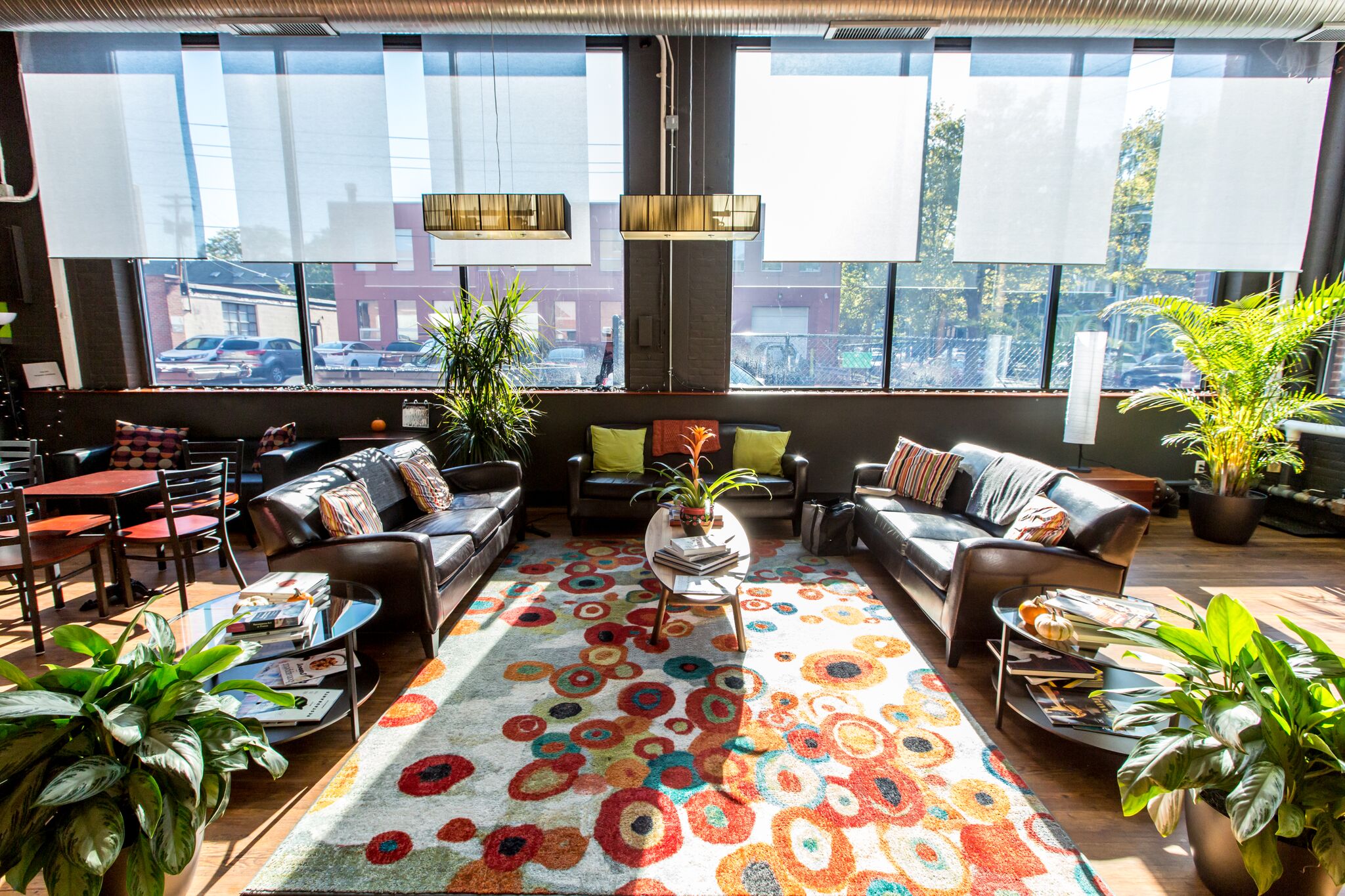 Fifteen years ago, after the birth of her two children, Burch Valldejuli still had many professional goals, but none of them included opening a state-of-the-art fitness center in New Haven.

Back then, she lived in the Boston area and her work focused on public health, making use of her Harvard masters degree in Education- Risk and Prevention. But her private health had become an issue. Valldejuli recalled those perilous days while sitting in the lounge of mActivity, the center she and Pablo Perez, her business partner, opened in late December.

She said that in taking care of young children and working full time, it was impossible to sleep more than three hours a night, and in the chaos her weight ballooned to nearly 270 pounds.

“I was taking care of everyone else – it was an upside-down picture of how one should manage a life. So I started to exercise on my own, but had no idea what my health goals should be.”

It was then that she stumbled upon “a temple of health,” a fitness center near her home that went well beyond what typical gyms offer. “They gave me a scientific approach to my circumstance,” she recalled. “A very personal program of fitness.”

It worked beyond her expectation, and by the end of 2003 she was running the New York City Marathon. Her commitment to the idea of a healthy existence only intensified when in 2007 she moved back to her native Connecticut (she grew up in Hamden) to join the staff of the Yale School of Public Health.

A healthy life, as the school articulated, meant something well beyond physical fitness. It also requires social connections and emotional wellbeing.

The idea for creating a space in the city that reflected these ideas resulted from Valldejuli meeting Perez, a former rugby All-American at UConn and owner of Core Fitness, in which his trainers worked with individual clients. Valldejuli was one of them. She was impressed with his individualized and supportive approach to health.

For Perez, too, there had been a personal motive in getting fit, but different reasons. Twenty years of rugby had taken toll on his knees and his back. He suffered from joint pain. And when he worked out with weights his own trainers saw the problem with the regimen he had chosen on his own. “I found I was doing everything wrong, I started to incorporate a lot more flexibility training.” And it worked.

At the time, Perez rented space in existing gyms, and harbored the dream of having his own fitness center. Together, he and Valldejuli, as she says, decided to open a place “where approaches to health are evidence based, no gimmicks, based on peer review science.” So the two of them went shopping for possible locations to see if their idea was practical.

Valldejuli was committed to New Haven, where studies show a great disparity in the health of the population. She and Perez searched downtown, but these spaces were too costly, and parking was an issue. Eventually, they came to a collection of old factory and warehouse spaces in the reemerging East Rock neighborhood known as Goatsville. They knew immediately that this would be ideal.

Perez found the high ceilings, natural light and historical atmosphere perfect where, “We could build something more mindful and less loud and thumping. Something more soulful.”

Even so, it proved a mountain-climbing experience – zoning approvals, raising the funds to completely refurbish and to purchase first-rate equipment, and, after many months of construction, introducing the idea of a gym that really isn’t just a gym.

This then became mActivity, the “m” originally referring to “measured” but, as Valldejuli explains, it can mean whatever the client wishes, including a mature approach to the lifelong challenge of feeling good about one’s body and mind.

The center’s nationally certified professional staff includes personal trainers, referred to here as coaches, and a registered dietician/nutritionist. In time, there will be pre-hab and rehab physical therapy available. Facilities already have been built for Pilates, yoga, massage, and other services, including virtual classes in which clients can use on-demand videos to personalize their workouts.

Other aspects of mActivity speak to the vision of the owners for the center to become “East Rock’s living room.” To that end, there is a public café and a conference room that can be used by members and the community at large. There’s even a reading space, where the complete collection of Lapham’s Quarterly and books are available.