The show with Randy Burns and Bill Staines have been cancelled for an unexpected situation. We will reschedule a new date with both artists as soon as possible.

Ticket refunds will be obtained at point of purchase. Or just wait for a rescheduled date.

Bill Staines has written over 300 songs, many of which have been recorded by the likes of Peter, Paul, and Mary, Makem and Clancy, Nanci Griffith, Glen Yarborough, and Jerry Jeff Walker. He is also one of only a few songwriters to have eight songs published in the Rise Up Singing songbook. Staines continues to perform more than 175 shows a year and drives close to 70,000 miles getting to them.

For a preview, here’s a video of Bill Staines singing “River”:https://youtu.be/MJiEsiO9ZRI

In 1966, Randy Burns was dropped off on the corner of Bleecker and MacDougal Street, with a bag over his shoulder and a guitar in his hand…ready for anything. At only eighteen he was opening for the biggest folk stars in the country, artists he’d only heard on records. Randy shared the stage with John Hammond, Tom Paxton, Dave Van Ronk, Eric Andersen, Spider John Koerner, Steve Gillette and many more. During this period, he recorded three albums with a small independent label.

As the Folk Revival was fading, he formed the electric folk rock group, Randy Burns and the Skydog Band . Within months his first major label album was released on Mercury Records and two albums soon followed on Polydor Records.

Randy Burns and the Skydog Band played all the legendary clubs in the country, the Cellar Door in DC, The Bijou Theater in Philadelphia, The Troubadour and Whiskey A Go Go in Los Angeles. 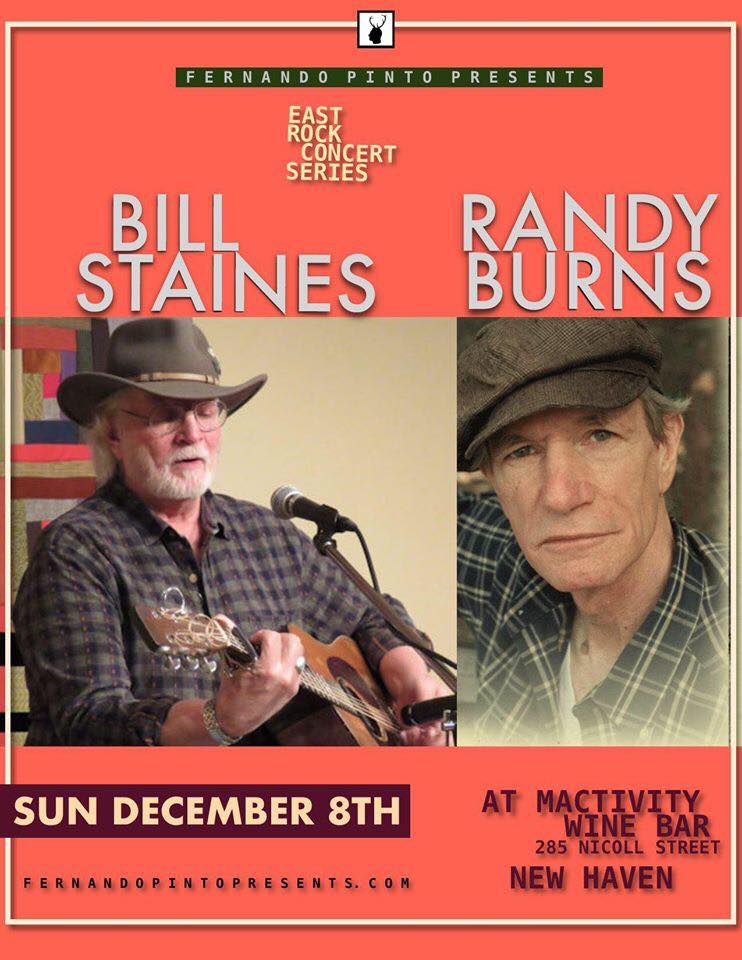